Increasingly, remotely sensed and spatial data is being used to examine animal – environment relationships across broad spatial scales. The ability of RS data to provide wall to wall information on environmental conditions in a highly repeatable manner makes it an attractive option for assessing habitat in areas that are prohibitive to sample physically. Additionally, RS data is able to describe habitat at scales beyond in-situ data collection, allowing researchers to ask questions at spatial and temporal scales which were previously unattainable. The ability to “back-cast” as well as project forward in time are allowing for exciting new assessments of trends in species-habitat associations and habitat availability.

This led us in the IRSS lab to begin to think about ways we might be able to use some of the products produced here and by collaborators for investigating animal habitat. This produced two studies, the first being an investigation into how RS data can be used to produce species distribution estimates along the BC coast, which presents a real challenge in terms of traditional data collection owing to its size and remoteness. Vegetation productivity, which has been successfully linked to both species diversity as well as single species distributions, has been described in detail by Dr. Coops (IRSS) and collaborators in the Dynamic Habitat Index, and was used here. Anthropogenic effects were estimated by Dr. Wulder and collaborators (CFS), as was land cover in the EOSD project. Oceanic conditions were estimated using MODIS level 2 oceanic products while atmospheric conditions were described using Dr. Wang’s (UBC Forestry) ClimateNWA tool. The environmental variables were linked to species data collected by Bird Studies Canada’s Coastal Waterbird Survey to produce distribution estimates for 60 coastal bird species for the entire length of the BC coast across an eight year study period. State of the art ensemble models were used to augment the distribution model’s predictive power. This process resulted in distribution estimates for each bird species, by winter, for each of the 8 years modeled (see Figure below). These models are now being incorporated into planning exercises being run jointly by IRSS and the Canadian Wildlife Service. 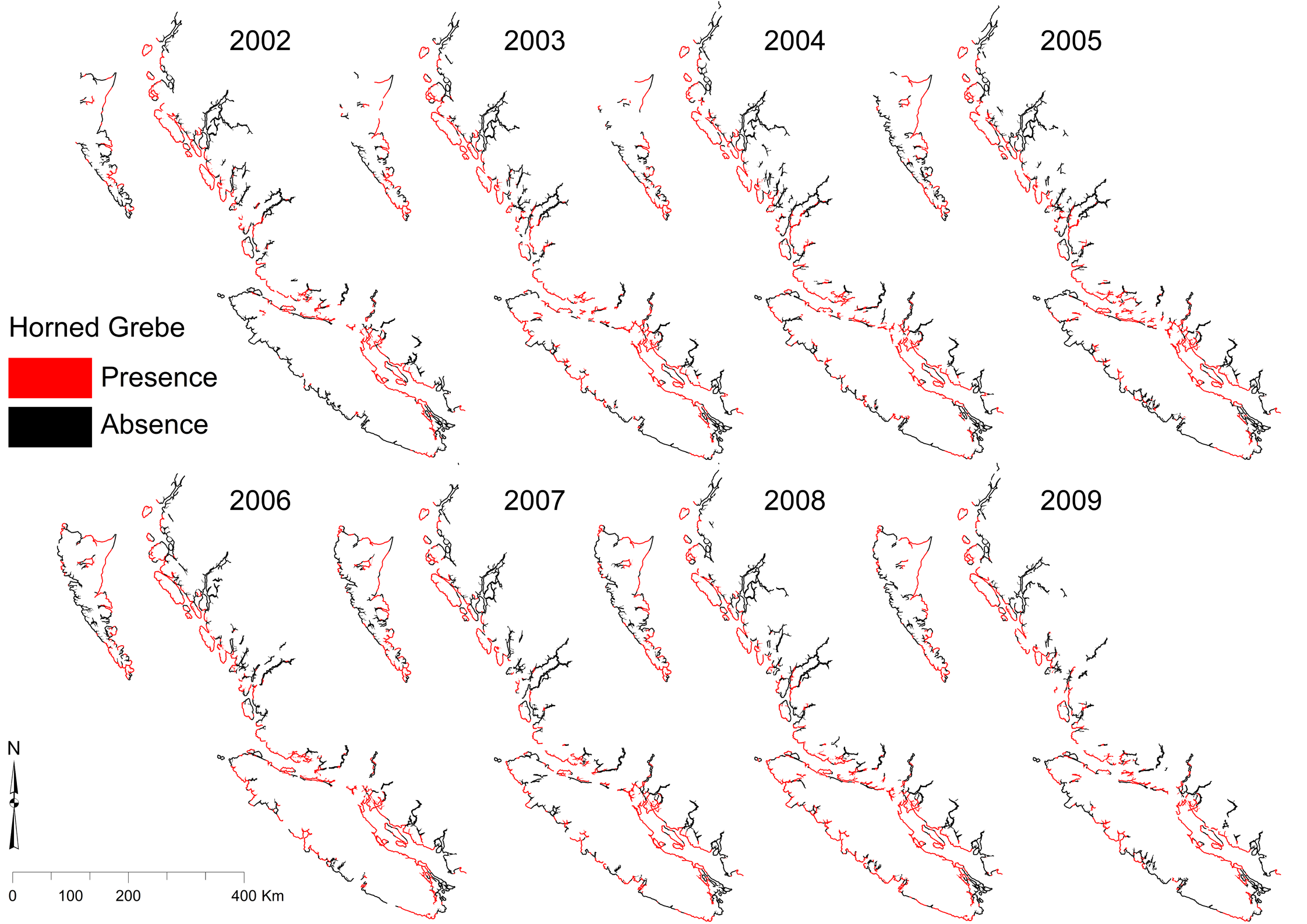 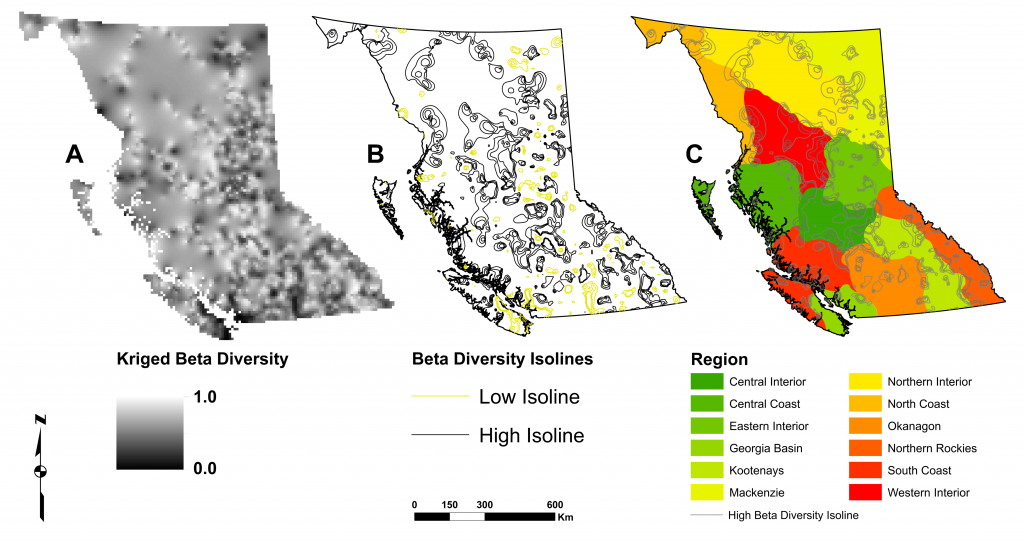