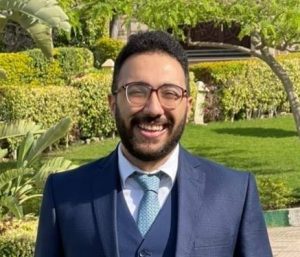 Mohamed Elhefnawy was born and raised in Cairo, Egypt. After receiving his BSc in Communication & Information Engineering, he moved to Montreal in 2018 to pursue his Ph.D. in Mathematics & Industrial Engineering at Polytechnique Montreal. His main research interests are AI, Machine Learning, Deep Learning (DL), IoT, Operations Research, Decision Sciences & Statistics. As an interdisciplinary approach, Mohamed is interested in applying AI in different applications to maximally exploit the available data for better decision-making process. During his PhD, He worked as a research assistant for data integration & fusion at CanmetENERGY Varennes. In this internship, he has worked in strategic projects in the Federal Government of Canada such as Forest Value Chain Optimization (FVCO).

After getting his PhD degree in February 2022, Mohamed Joined IRSS as a postdoctoral fellow to apply DL on forest remote sensing data. In his free time, he enjoys watching soccer games and playing table tennis. 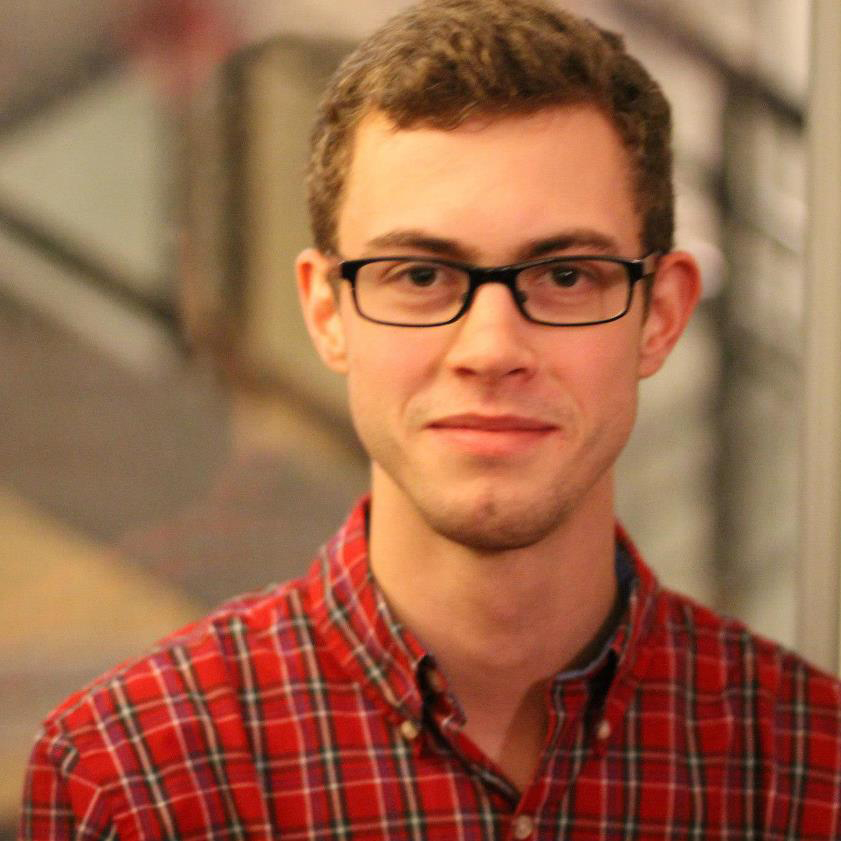 Tristan Goodbody was born in the wild, cow-wrangling city of Calgary, Alberta. He grew up an expat in Ecuador, Malaysia, and Scotland prior to his admission to the UBC Faculty of Forestry in 2010. His involvement in the co-op program there afforded him hands-on experience working in the forest industry with West Fraser Timber Ltd. in Chetwynd, BC, and in research based forestry operations with the Alex Fraser Research Forest in Williams Lake, BC. Tristan graduated with a BSc in Natural Resources Conservation in 2015 and decided that he was not yet prepared for the real world.

Tristan’s research with the IRSS will use drone-captured imagery and semi-global matching to predict residual timber volumes following selective harvesting, to gauge stand regeneration success, and to map the extent and perimeter of local fires in the Alex Fraser Research Forest. In his spare time, Tristan can be found with his dog, Kyra, or anywhere there is good food. 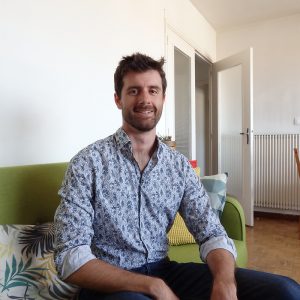 Thomas grew up in Saint-Raphaël, on the Mediterranean coast in France. He is fond of snorkeling and scuba diving, but also appreciates the mountains through hiking and trail running.

He obtained his first Masters degree from ENSTA Paris, with a Major in Offshore Energies Engineering. Afterwards, he worked one year as a certification engineer for the offshore Oil & Gas industry, before deciding to completely change his field of work. He then underwent a second Masters degree at the university of Paris VII, with a major in Remote Sensing. He did his PhD at ONERA in Toulouse, focusing on the estimation of vegetation traits of Mediterranean canopies using imaging spectroscopy.

He is now a postdoc fellow at the IRSS, and his work will focus on processing the entire Hyperion archive over Canada to obtain Canada-wide plant functional traits estimations. 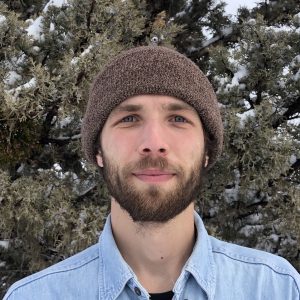 Chris was born in Illinois and raised in Texas, where he lived for 13 years. After high school, he traded Hill Country scrubland for Douglas-fir forests by studying at the University of Oregon, where he would go on to earn a BS in Environmental Science. Through his courses and a research assistantship, Chris was able to explore his interests in forest biology and geospatial technologies. After his undergraduate degree, he moved further north to join the IRSS as a Master’s student in 2016. Instead of applying for political asylum, he converted his degree to a PhD, which he completed in 2020. His PhD research focused on the use of airborne lidar and terrestrial photogrammetry for enhancing forest inventory at multiple spatial and temporal scales.

After some time back in the US, Chris rejoined the lab in November 2021 as a Postdoctoral Researcher. His project is a part of the Silva21 project and will work to develop and implement a framework for continued and timely update of fine-scale forest inventory attributes. Using data from multiple remote sensing sources, this will then be implemented at sites across Canada to produce near-real time estimates of forest change and development.

When he’s not in the lab, you can find Chris on the patio of a local brewery, fueling himself with the good carbs and bad ideas necessary for his next outdoor adventure. 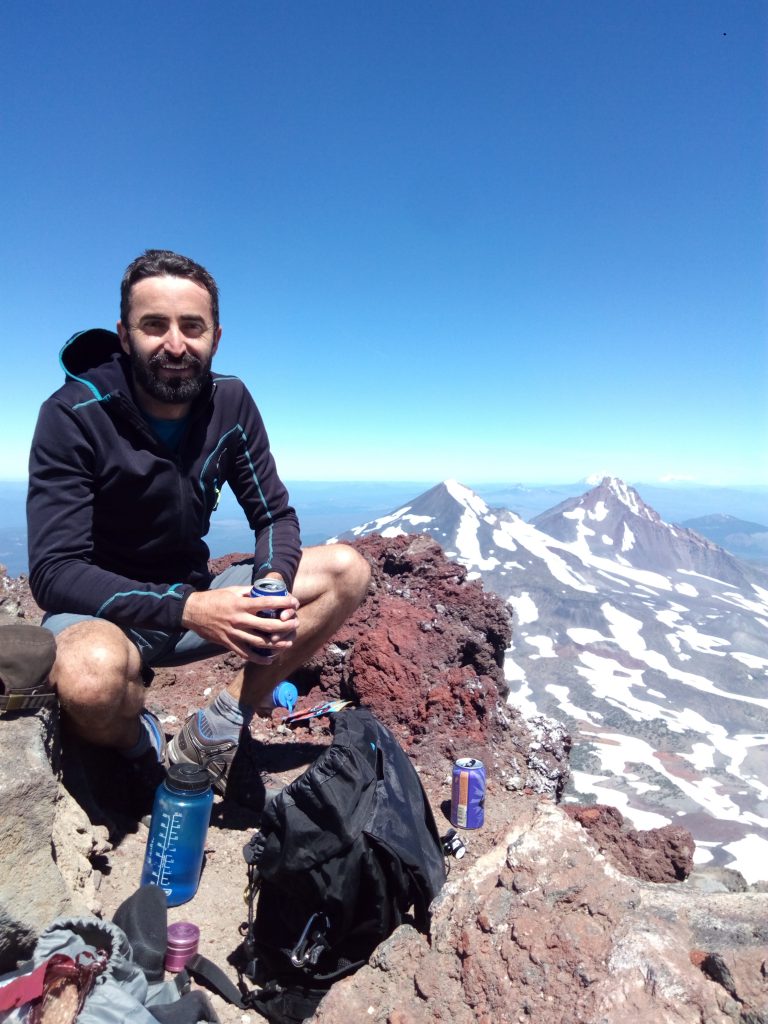 José grew up in the heart of the Ecuadorian Andes. Surrounded by mountains, he was naturally attracted by them and explored them by climbing, biking, and running.

After obtaining a degree in Agronomic Engineering, José worked on research and development projects in different agricultural landscapes and forest ecosystems from the high mountains in the Andes to the Amazonian rainforest. His interest in understanding the drivers that change forest ecosystems led him to receiving a MSc and PhD on Sustainable Forest Management at the University of Valladolid in Spain.

His research has been focused on analyzing the effects of tree species interactions on the processes involved in growth and yield of mixed-species forests.  From tree to stand-level and different temporal and spatial scales, his interests include developing tools to properly design silvicultural guidelines for adaptive forest management strategies by modelling forest dynamics. 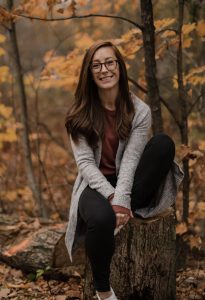 Amy Wotherspoon is originally from Ontario. A year into her B.Sc. at the University of Guelph, she realized the Molecular Biology and Genetics program wasn’t for her. She made the switch to Environmental Biology, with a focus in Forest Science, and has been amongst the trees ever since. She loved UoG so much, she stayed to complete her M.Sc. in agroforestry.

To further her academic career, she had to follow the trees. This took her to the Université de Sherbrooke in Québec to complete her PhD in the field of Forest Ecology. There, she studied the interactions between silviculture treatment and climate through a diversified approach of functional ecology, tree physiology and dendrochronology.

Now as a Postdoctoral Fellow, Amy is a part of the Silva@21 project and involved in the generation of climate envelopes and the development of climate modifiers to identify their corresponding effect on tree growth in Canadian forests using dendroclimatology.

Outside the world of academia, Amy is a nutrition coach and Crossfitter. She enjoys working out as a way to prepare for hiking/camping season and to balance out patio beers and restaurant-exploring.